At intermission of the game, the champions will compete against each other in front of the Pepsi Center crowd.

Champions in the U10 division receive tickets to the 2020 NHL All-Star Game and All-Star Skills Challenge in St. Louis, where they can meet the players during a red carpet event.

Paid accommodations for the winner and a parent are also included.

Last year's event in San Jose was memorable for Bliss.

“It was amazing, getting to see the best players in the world,” he said. “Landeskog even remembered me.” 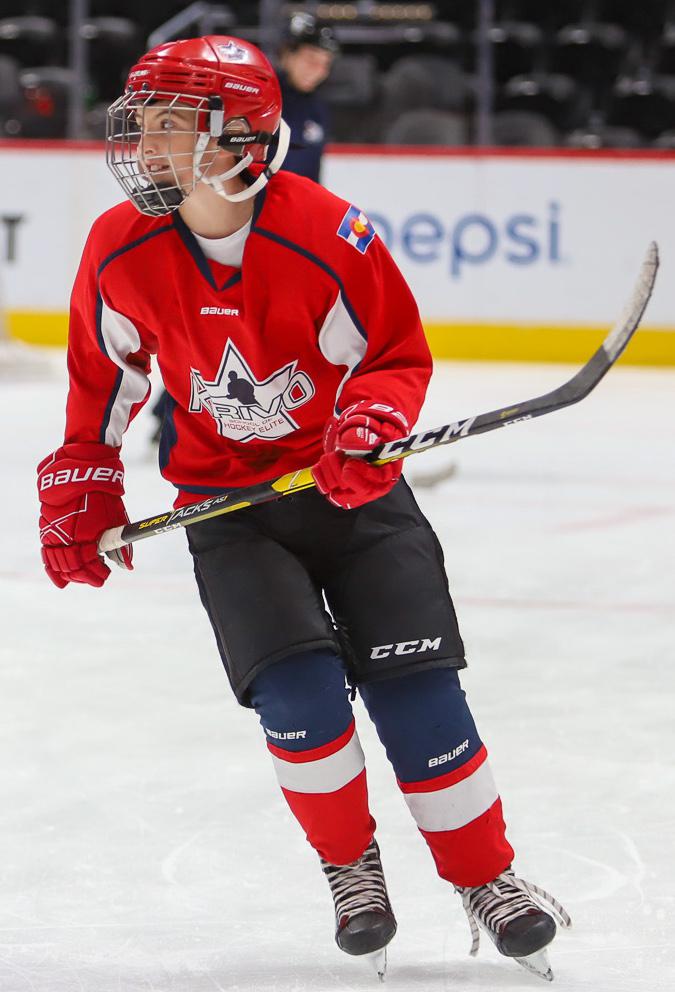 Precision aim is key for skaters competing in the Mini 1-on-1 Challenge. Those who score more goals than the competition will be crowned champions. Photo by Colorado Avalanche