The first images of griffins date back to 3000 B.C. The mythological creature with the head and wings of an eagle attached to the body of a lion first appeared in ancient Babylon. Canisius didn't get its griffin until 1932, which is named after Le Griffon, the first European-style ship to sail the upper Great Lakes. Built in Buffalo, New York, the ship cast off in 1679, but sank on its maiden voyage.

While it's namesake was doomed, Canisius' hockey team has had better luck. The Golden Griffins, who call Buffalo home, appeared in their first NCAA Tournament in 2013, and won the Atlantic Hockey Association (AHA) championship in 2017. 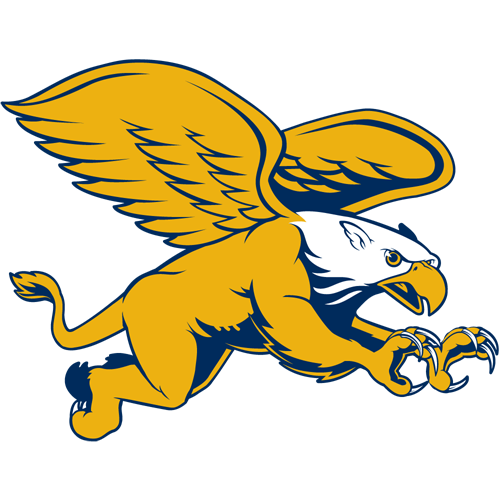