Ross hopes to display her leadership by playing hard and with a positive attitude at every tournament, game and practice this season.

It’s Ross’ work ethic that also separates her from other players, and she doesn’t give up, Luttrell said. Ross listens to her coaches and implements the feedback she hears from them, Luttrell added.

Ross is also very serious and dedicated to hockey, which Luttrell said shows in the fact that she went away for three years to play.

“If you want to play at this level, you have to be fully invested and willing to push yourself to the limit, and be willing to get yourself back up,” Luttrell said. “Her work ethic and her drive, and her want to become a better player, that really makes her one of the top forwards [on the 19U team].” 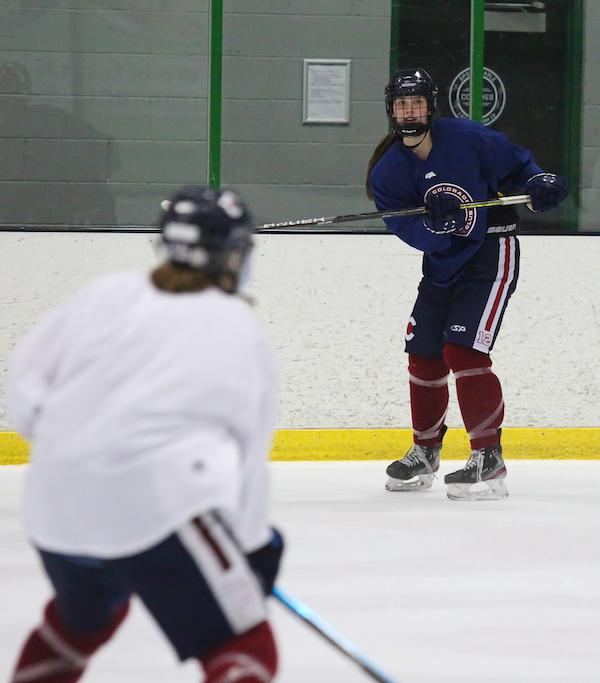 Team CO 19U teammates and coaches know Ross (right) sets a good example with her solid work ethic and drive to improve as a player. Photo by Katie Hinkle, SportsEngine