The Campbell Division touts many of the teams that were vying for a regular-season title late in their respective conferences. North Alliance finished third in the North and received a first-round bye along with Fairview, which finished fourth in the North.

Fairview will play Collins-Poudre in the second round on Saturday. DC/CV marks the top finisher in the South at sixth.

Games to keep an eye on:

A trio of double-digit point scorers in Sam Zis (19 points), Evan Richards and Adam MacArthur (11 points each) have led Fairview (6-6-0) to a competitive season in the North division. Collins-Poudre (5-7-0) was nearly able to keep pace with the Fairview offense in their first meeting April 30 but came up just short, falling 7-6.

DC/CV (8-4-0) was perhaps the most exciting team in the HPHL Campbell this season. Lathan Olson led Campbell in points (34), Liam Casey led the league in goals (18) and Jaret Curran (26 points) could be the points leader on almost any other team. Arapahoe (3-9-0) will need a better showing than its first matchup against DC/CV on May 7, when they lost 7-2. Arapahoe will rely on Caleb Grammer (17 points) and Brodie Ingersoll (13 points) to keep up with DC/CV’s high-powered offense. 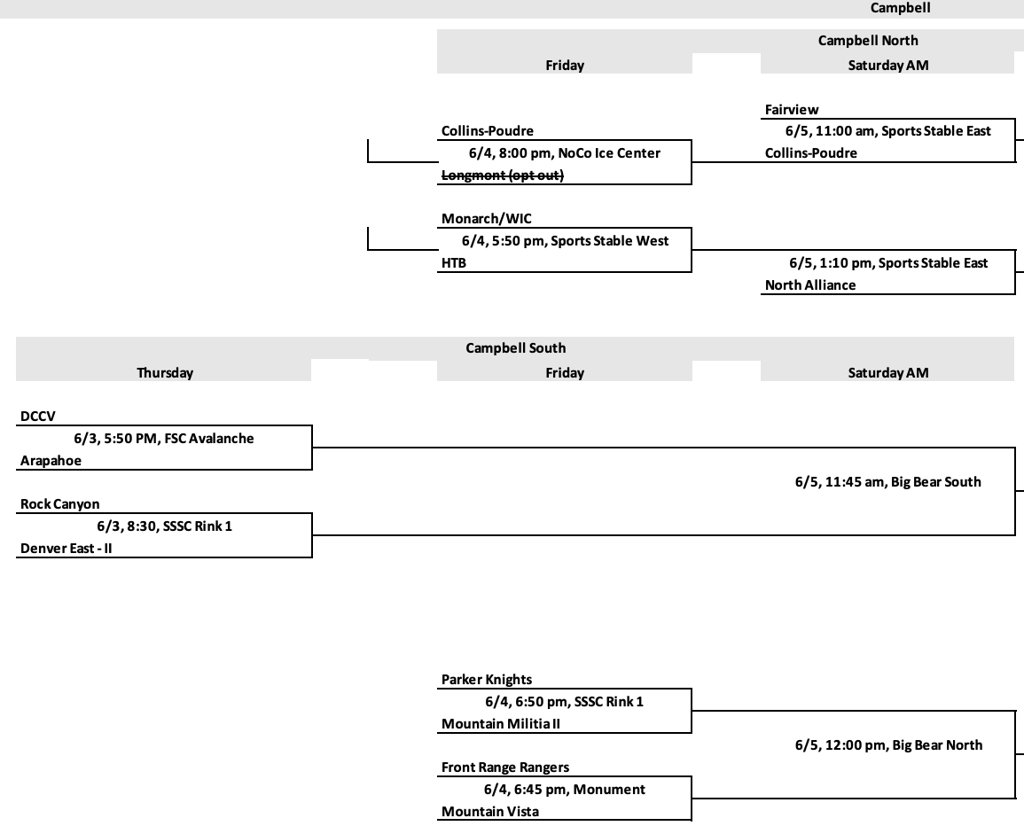