It's safe to say most people would take the current goal pace Telluride's Seamus McParland-Daabl is currently on.

Through eight games played, McParland-Daabl has eight goals, which is good enough to land him atop the WCHL's goal leader list. He scored four goals against Aspen on Nov. 14, with two of them coming on the power play.

Lucas Chartier's pace even tops McParland-Daabl as he sits with seven goals in four games. Four of those goals, came against Telluride on Nov. 13.

Both Nicholas Paoli (Steamboat Springs) and Jevin Palmquist (Summit) are close behind Chartier and McParland-Daable. Each has five goals in four games. Paoli had consecutive two-goal games against West Elk and Aspen on Nov. 13-14. 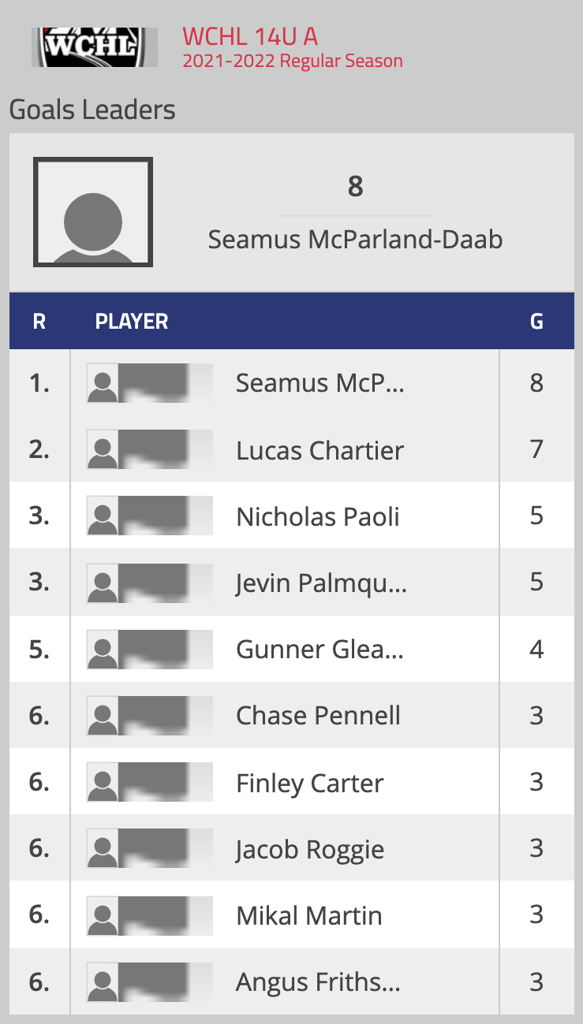