When it comes to claiming the top spot as the league's assist leader, there are plenty of people vying for this spots. That includes three players— Chase Pennell, Carter Conroy and Trevor Durn. All three are tied with a league-high five assists.

Pennell of Glenwood Springs has reached this point through four games. That includes three of those assists coming in his team's game against West Elk on Nov. 14.

Conroy has played in the same number of games for Summit. He also had a three-assist game when his team met with Telluride on Nov. 14.

Vail's Durn can credit his spot on the list thanks to a game against Telluride on Nov. 13 when he dished out four assists.

Besides three players being having 5 assists, four more are nipping at their heels with 4 assists. 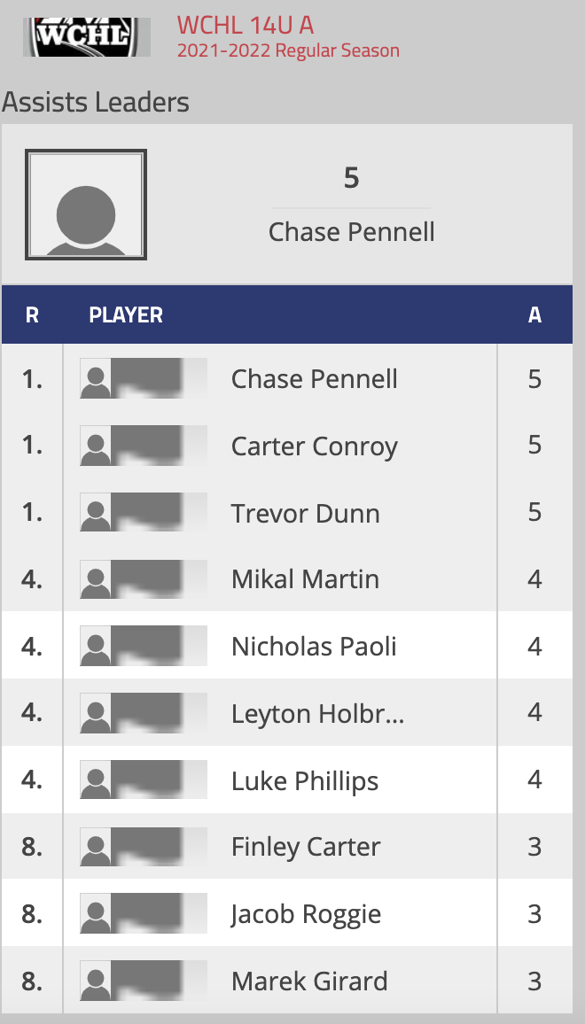