Much like the race for top assist-man in the WCHL, there is plenty of competition for top point-getter. Three different players sit atop the point leaderboard with plenty worthy of making the jump atop the leaders.

The three players atop the board include Lucas Chartier of Glenwood Springs, Nicholas Paoli of Steamboat Springs and Seamus McParland-Daab of Telluride. All three have 9 points on the season thus far.

Chartier recently added four goals and an assist to put himself in this conversation. Those tallies came on Nov. 14 against Telluride.

Paoli had a four-point game (2 goals, 2 assists) on Nov. 13 against Aspen. Meanwhile, McParland-Daab has had six games to reach this threshold and did so in large part thanks to a five-point game against Aspen on Nov. 14. 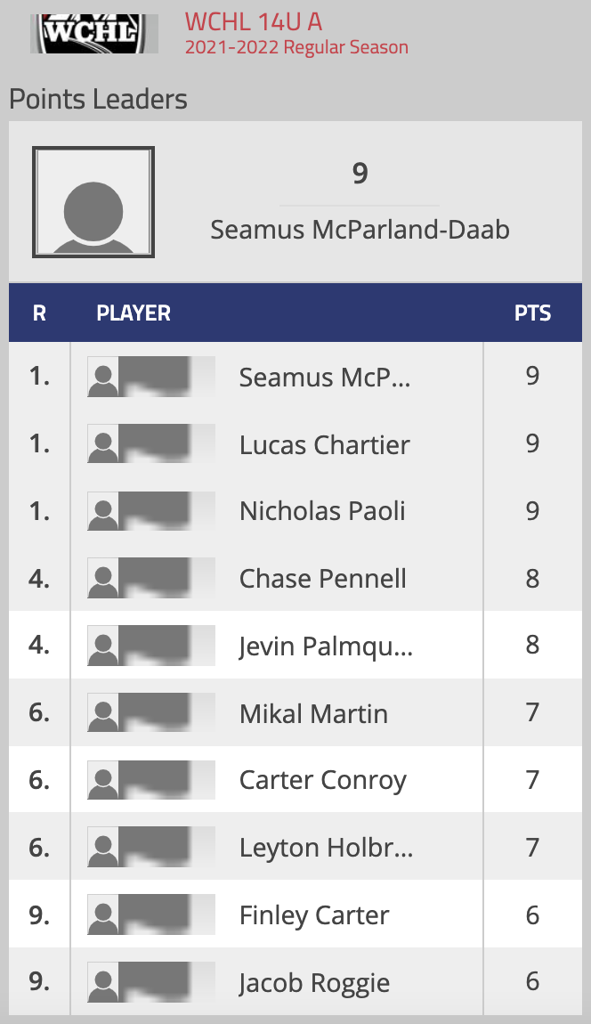