The CGHL season is just a few games old, but there are players who have already put up some impressive numbers. That includes Charlotte Katz of Telluride, who leads all CGHL scorers with five goals so far this season.

Katz has done this all in just three games. That includes a pair of two-goal games against New Mexico on Nov. 13.

Two of Katz's Lizard Head teammates are right behind her on the goal-scoring leaderboard. Lillian Sommers and Gia Neyens each have four goals in three games this season. Each had two-goal games in recent tilts against New Mexico on Nov. 14.

Speaking of New Mexico, Giada Gehrin from that squad is also tied for second with four goals. She had a pair of goals against Telluride on Nov. 13. 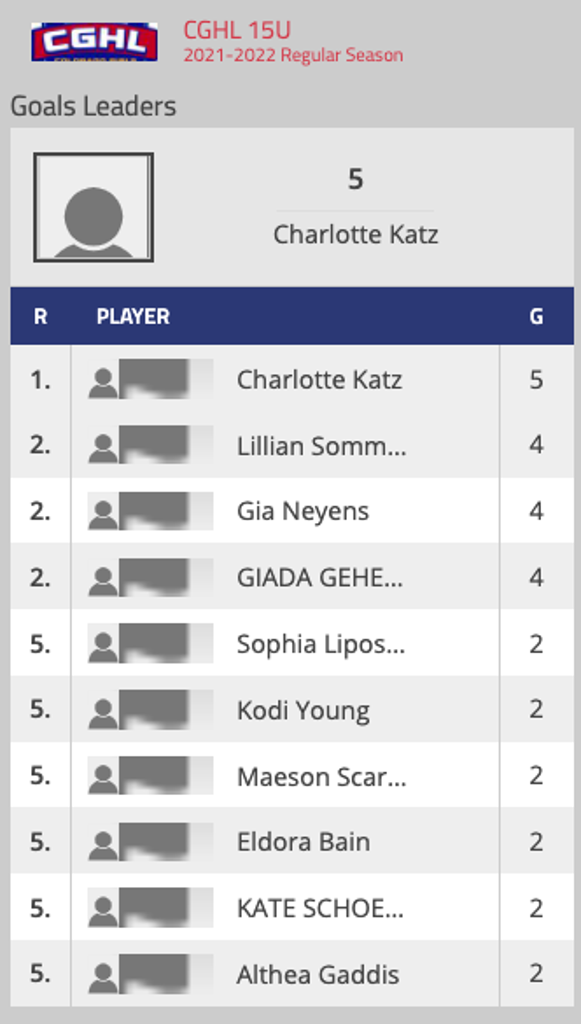