Madeline Glotfelty has been a key distributor for Durango so far this season. It's led her to a CGHL-best five assists.

For Glotfelty, one game has propelled her to the top of this list. She dished out four assists against West Elk on Nov. 13.

Three players sit two assists behind Glotfelty. Mia Seltzer of Aspen has dished out three assists in just two games so far this season, including one against Summit on Nov. 13.

Kylie Phillips of New Mexico has hit the three-assist mark through four games. Kimberly Magaña racked up all three of her assists against New Mexico on Nov. 14. 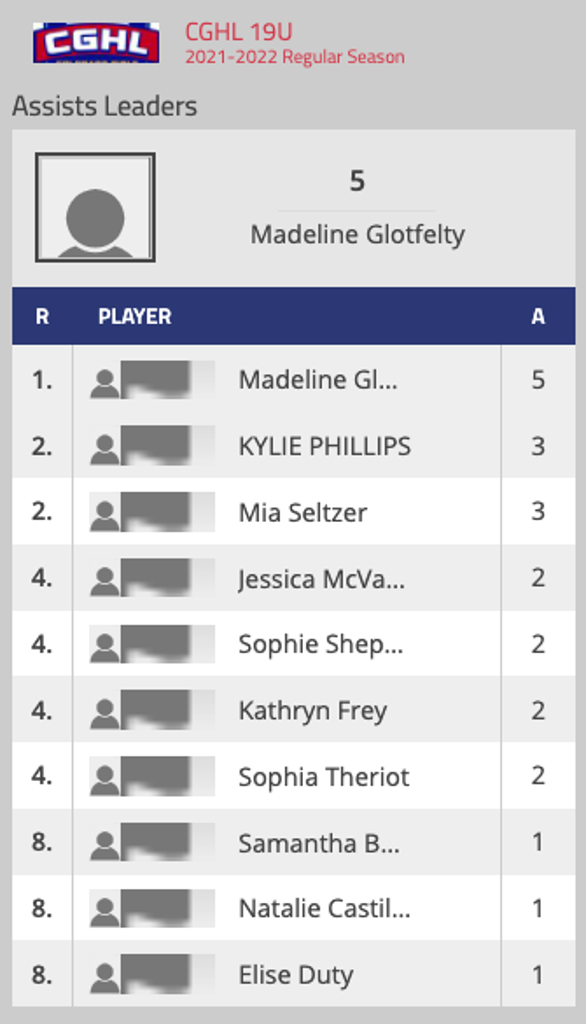