Through the early part of the season, it appears a select group of players have emerged amongst the rest when it comes to being the league's top point getters.

That list includes Madeline Glotfelty of Durango. She has eight points (3G, 5A) so far this season to make herself the top point-getter in the league.

New Mexico's Kylie Phillips has also emerged as a player with a knack for points in the early part of the season. In just four games, she's racked up seven points. That includes a three-point performance against Durango on Nov. 14.

Tied with Phillips is Charlotte Katz of Telluride. She reached this threshold in just three games. Katz's teammate, Gia Neyens, sits in third place among all CGHL skaters with six points. 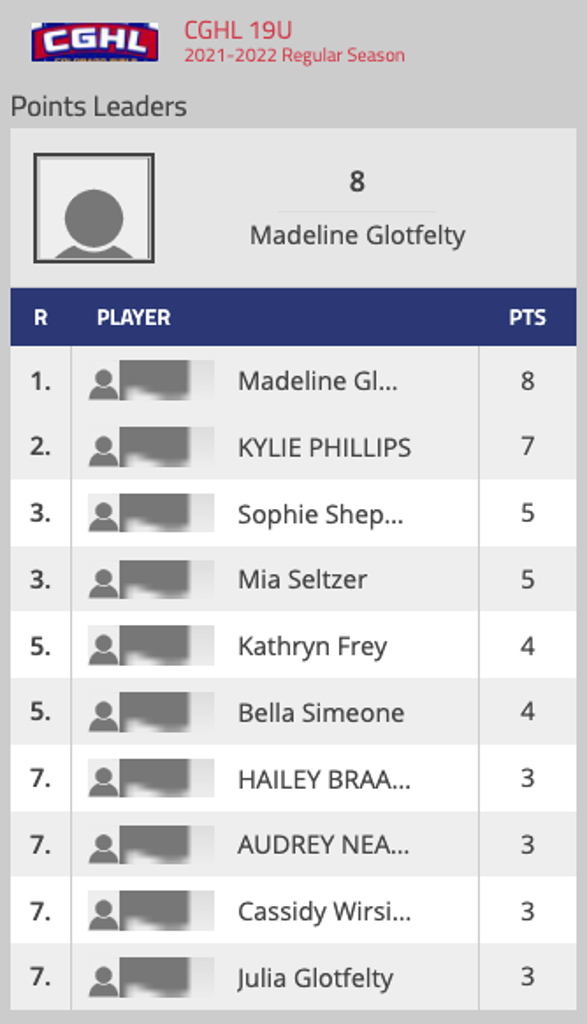