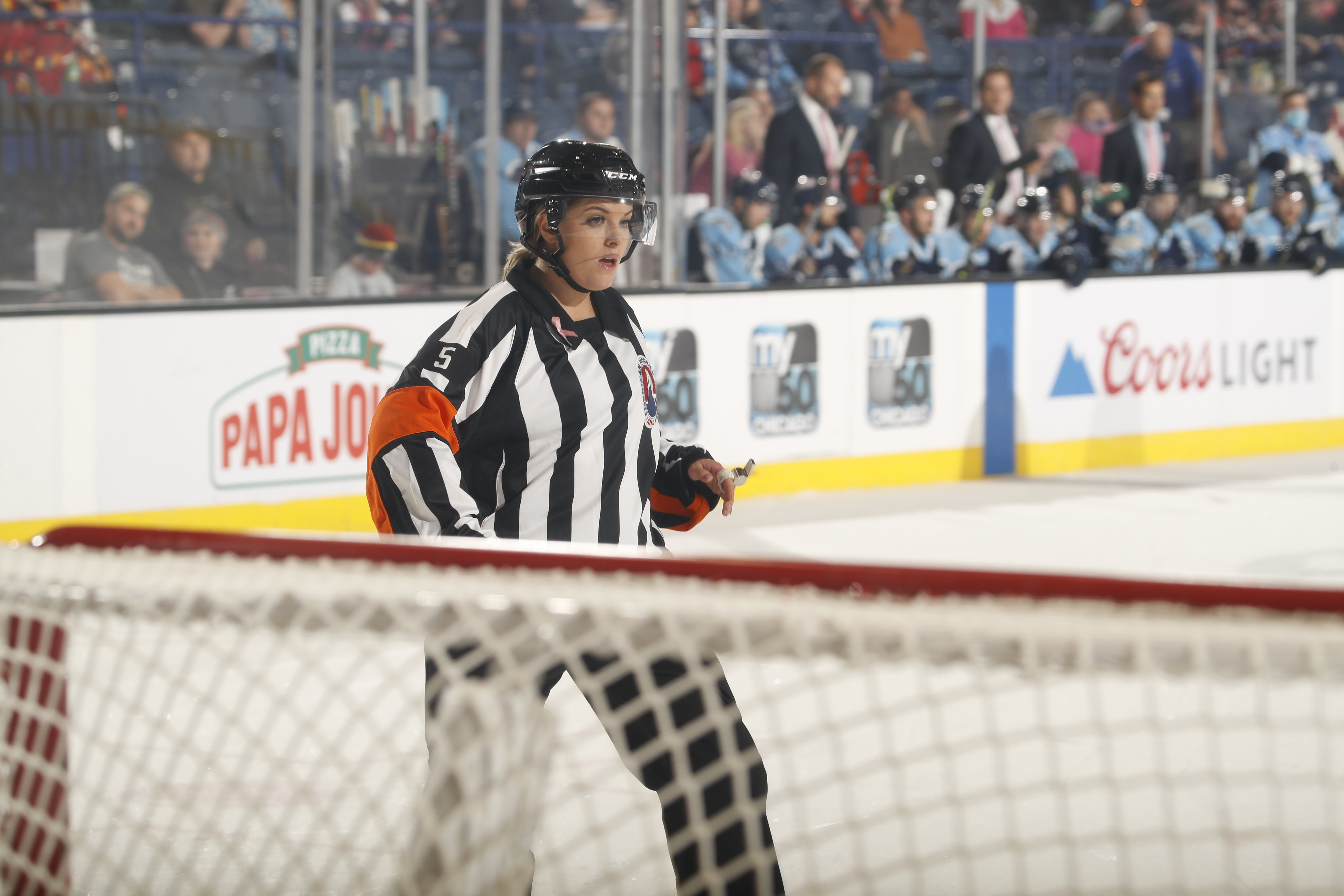 GROWING UP IN THE GAME

Samantha Hiller was born in Boulder, Colo., where winter sports are as important as anywhere. She could have chosen cross-country or downhill skiing. Instead, she fell in love with skating in general and hockey in particular.

“I think it was really like my seventh birthday party when I realized that I love being on the ice,” said Hiller. “And from that point on, that was my life. I did anything to get extra ice time.”

When she was 12, Hiller said, family friends encouraged her to referee youth league games. When she discovered being a referee meant extra ice time, she was sold.

Hiller continued to play hockey. She played with the boys at Boulder High School before joining a combined girls’ team based at Monarch High School. She was good enough to attract attention at St. Thomas University in St. Paul, Minn., and enrolled there to play hockey.

But the officiating bug had hit Hiller. She attended a USA Hockey developmental camp when she was 18 (where Blair was one of her supervisors) and became ever more competitive about officiating. She was refereeing Division III college women’s games in the Minneapolis-St. Paul area at the same time as she was preparing to play for the Tommies. Hiller recognized the conflict, and officiating won out. “I realized I loved officiating more than playing,” she said.

Because she couldn’t justify paying private school tuition without reimbursement, Hiller enrolled at a nearby community college and continued to hone her officiating skills. She eventually returned to Boulder, completed an EMT program, paramedic school and a fire fighting academy. She currently works as a firefighter in Lake Forest, Ill., near Chicago.

Like Hanley, one of Hiller’s long-term goals is to work an Olympics. Like Hanley, she thought it would the highest rung on her ladder. But on Oct. 23, 2021, Hiller was a referee in an AHL game in Rosemount, Ill., between Milwaukee and Chicago.

“I’ve been saying since I was a teenager that I wanted to work pro hockey,” Hiller said. “And people are always, like, ‘Yeah, that’s not gonna happen. Keep dreaming.’ “

Hiller will keep dreaming. And her dreams just got bigger.