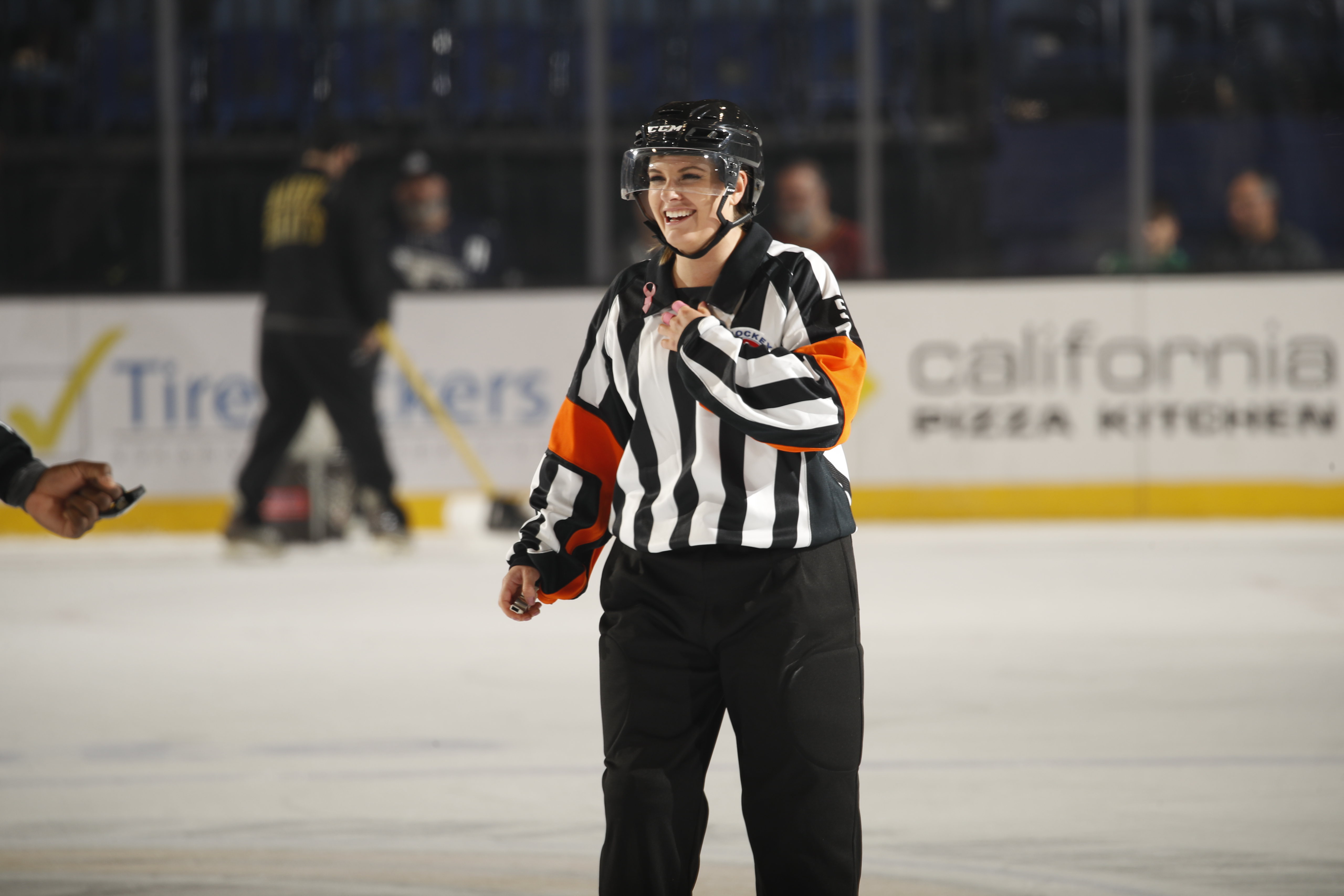 Hanley and Hiller were among a group of women invited to last summer’s AHL referee camp. Hiller was surprised and excited and saw the invitation as an opportunity to improve her skills. As the camp went on, it began to sink in to Hiller that perhaps the league was grooming them as potential officials. Hiller didn’t know it, but NHL executives already had approached the AHL about training and using female officials.

“I was like, OK, another day’s experience and I’m really thankful for it and grateful that I’ve been exposed to this. But I wasn’t expecting anything,” Hiller said. “And then, when the assignments came out and I found my name on the list, I was in shock.

“You know, I knew that I could do it. And they knew I worked really hard my entire career. But to have it come to fruition, I don’t think anybody would have predicted this five years ago. It’s just been a shift. I feel grateful that we’ve been able to advance like this, that (women) have been recognized as people who can work the game as well. … It’s a monumental moment and I’m just grateful to be a part of it.”

Erin Blair said after officiating in the SPHL in 2014 that she believed women were capable of working professional men’s hockey. But she also said there needed to be a greater consensus on the ability of female officials and there had to be supportive people in the right positions to make regular work for female officials happen.

With the NHL and the AHL on board with training and advancing women in professional men’s hockey, those criteria seem to be in place. Howson said he “has heard nothing but good things” about the women working in the AHL this season but he can’t predict who, if any, will be among those to advance to the highest level. But he did say the day is coming, and Hanley, Hiller and the rest of the 2021-22 class of female officials in the league will lead the way.

“They are setting the example,” Howson said. “Sometimes people need to see to believe. I think that’s part of the next step. And these women are doing it for us.”
That’s perhaps the greatest compliment either Hanley or Hiller could ask for. Both are grateful for the opportunities they have had and thankful for the efforts of the women who came before them. And now they’re excited to further smooth the way for the women to come.

“There’s a lot of pride that I take every time I get on the ice,” said Hiller. “You know, for me it’s a big accomplishment. But for women, it’s also an accomplishment.

“When I get in the game I’m getting in front of a number of little girls. It’s kind of like at the firehouse when little girls show up and their moms are like, ‘Wow, we didn’t know there were women firefighters.’ ... It’s all a part of it. It shows these young girls that it’s possible, and it gives them an avenue that they would have never known was out there.”

Hanley would like to be among the first to reach the NHL. But if it doesn’t happen, she will be glad to know she helped to make it possible for the one who finally makes that goal a reality.

“There are people coming up behind us who are going to take our jobs,” said Hanley, “and the sky’s the limit for them.”